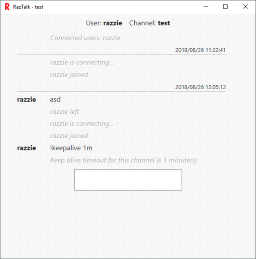 A simple lobby/channel based registration-free webchat. 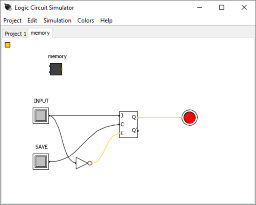 Logic Circuit Simulator was a university project I had to finish in a semester. It offers a variety of logic gates and a lot of visual customization options. Some special elements are also available, like seven-segment display, matrix display, JK flip-flop, adjustable timer and module. A selected part of a logic circuit can be converted to a module, where the circuit’s input elements (buttons, switches) become the input pins and output elements (LEDs) become the output pins of the module. Modules also support recursion.

Process Manager is a replacement application for the built-in Windows Task Manager with a lot of additional features. It keeps running in the background after closing the main window and can be brought back from the tray icon or by pressing Ctrl+F12.

Razzie Messenger is a messenger client and server I started working on during a one-week vacation at lake Balaton (Hungary). It uses a very simple plain text based protocol for network communication, look at the picture to see it in details. (Since then I prefer binary protocols due to the ineffeciency of string parsing and large packet sizes in case of text protocols.) The user can chose a nickname and pick colors for the name and the text messages. There is no registration and password authentication, however the server rejects the connection if a nickname is already taken in the current session. It is possible to send a file to an other user: in this case the server opens a random port which receives and forwards the file. Both users have to connect to this port, but it is done automatically. This solution was necessary due to the limitations of the text based protocol. 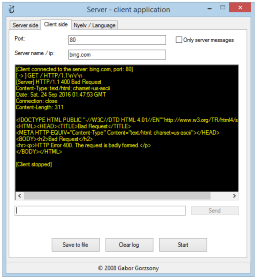 Server - client application is a small tool which helps creating and debugging text based network protocols. I developed it while working on Razzie Messenger and it had a great use. On the server tab the user can select one of the connected clients as a message target or just close the connection to them. 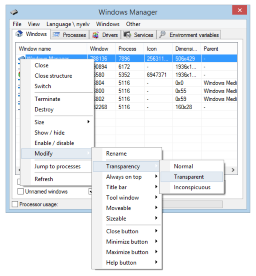 Windows Manager is a reworked and extended edition of Process Manager. Besides the improved visual appearance it introduces new window tweaking options which you can see in the picture. One can for example change a sticky (always on top) window to act as a normal one.

Riddle Solver is a terminal app designed to solve Einstein’s 5 house riddle (also called zebra puzzles in general). I think I came across this kind of riddle playing Dishonored2 first as a third option to get inside a locked place. It was written by a fictional genius game character named Kirin Jindosh and it’s clearly based on Einstein’s five house riddle. It took me (sadly) at least 30 minutes to solve on paper, but it earned me an achievement. Fast forward 3 years, I had the random idea of implementing this riddle solver, which seemed like a simple way to sharpen my Golang skills. I was wrong. Coming up with the UI design and the solver algorithm caused me quite a few sleepness nights, but I’m really proud of the result.